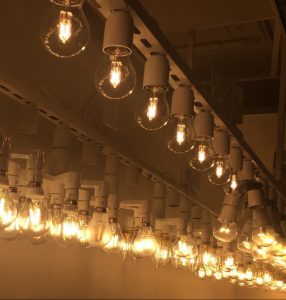 A report published by the IEA 4E Solid State Lighting Annex provides a look across the body of literature on lifetime definitions for LEDs and LED products. The reports looks at failure mechanisms, accelerated life tests and test methods for estimating lifetime, and provides some recommendations. There is currently no agreement as to which test method can best estimate the lifetime of LED lighting products and the report thus addresses a key issue for regulators and industry interested in deployment of LED technologies.

Dr. Nadarajah Narendran and Jean Paul Freyssinier from the Lighting Research Centre in Troy, New York, USA held two identical webinars to present the key results and findings from this report.  One was held for the Australian/Asian time zone and one for the European/North American.  Both events were recorded – see below:

Lighting plays an essential part in everyday life, enabling people to extend their working day, improve their quality of life and expand the productivity of our workforces. However, lighting accounts for approximately 15% percent of global electricity end-use, which comes with a heavy climate and environmental impact. However, while the demand for energy services continues to grow, lighting represent one of the few areas where the energy use has been reduced globally over the last decade. This is thanks to LED technologies, which is rapidly taking over as the preferred lighting technology.

LED lighting offers many advantages such as lower energy consumption, better quality light, improved optical performance and longer lifetime than conventional lighting products. And, even though many lighting test standards have been published, there isn’t agreement as to which test method can best estimate the lifetime of LED lighting products.

The Literature Summary of Lifetime Testing of Light Emitting Diodes and LED Products, seeks to address this issue, by survey and summarise the literature, and make some recommendations as to which approach is best. The report draws a clear distinction between the two types of LED product failure: (1) Catastrophic failure and (2) Parametric failure.

Catastrophic failure represents a change in the LED lighting system that results in sudden cessation of light output from the LED system, such as a failure in a soldered joint in the driver.  Parametric failure is characterised as a gradual change over time until the LED product is no longer producing acceptable light.  This could include for example, gradual reduction in light output or a shift in the colour of the light produced.

The study found that most lifetime test method standards in use presently consider only parametric failure, the light output maintenance of the LED product. However, studies have shown that lighting products in applications can fail parametrically or catastrophically, and the literature suggests that LED system lifetime depends on both the application environment and the use pattern. Taken together, these conditions cause high LED junction temperature (which degrades the components surrounding the chip and leads to parametric failure) and thermal stress at the interconnects (which results in broken connections and leads to catastrophic failure). The study concludes therefore that to accurately estimate the life of LED lighting systems, the test method and the experiment setup must have the ability to change the environmental conditions and the on-off switching pattern.

The report concludes by recommending two potentially successful life test methods for LED lighting systems, one being the test method adopted by the European Commission Regulation (EU) 2019/2020 which establishes a long-duration switching cycle test method that combines lumen maintenance and switching cycles into one test method.  A second promising test method is one proposed by the Lighting Research Centre and formalised by the Alliance for Solid-State Illumination Systems and Technologies (ASSIST).  The LRC method has the added advantage that it can be used to predict LED system lifetime based on specified or expected environmental conditions and use patterns, although it does not consider the influence of relative humidity as an independent variable.